After 18 years at The Dallas Morning News, a thank you and fond farewell 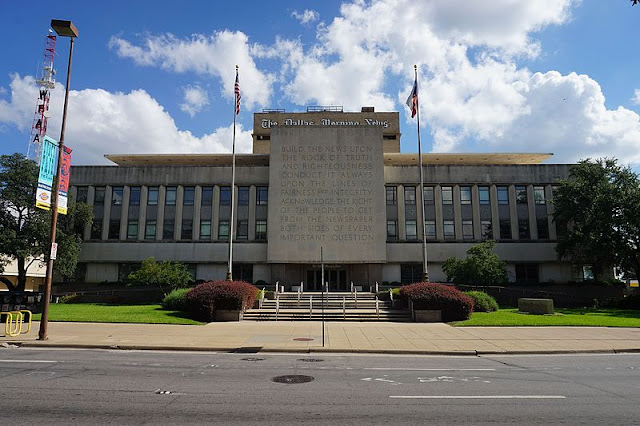 When I was offered a job at The Dallas Morning News in the summer of 1999, I knew that I was done moving around. I had somehow projected enough competence to get my foot in the door, and if I didn’t get thrown out, I planned to be there a long time.

A long time turned out to be more than 18 years.
As I finish my last week of work at the DMN, I’m thankful for all the people who have helped me along the way. It’s a long list of writers, editors, photographers, designers, readers, coaches, players, parents and a bunch of others I don't mean to leave out. There were also the occasional heroes who helped in unusual ways, such as helping me find an unlocked door or gate at a dark stadium.
One time after a high school playoff game, I thought I might end up sleeping at Texas Stadium, the Cowboys’ old home, because I got stuck on a level where the elevator door wouldn’t open. It was on a level with stained gray carpet in the hallway, which I think described almost every level of Texas Stad…
Read more
More posts