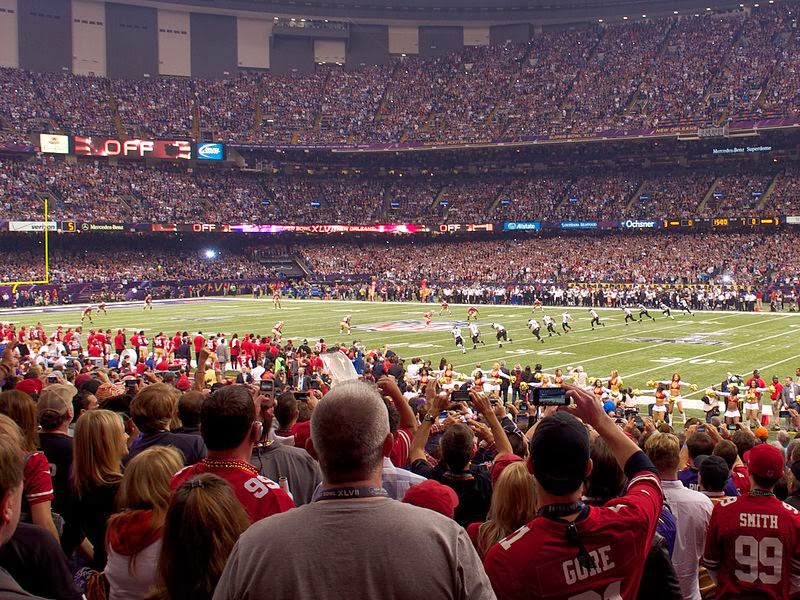 A version of this column first appeared in The Dallas Morning News and on DallasNews.com. Please check out the site.
------------ Some may dispute whether the Cowboys are “America’s team,” but the Super Bowl is certainly “America’s game.” During the decisive final minutes of last year’s Super Bowl XLVII, when once again the Cowboys had the day off, an estimated 114 million people were watching.

Or at least their TV sets were tuned to the game. I’m sure some people had left the room, or were hitting the buffet table, or were lying on the couch, nodding off under nacho-smeared paper plates.
Because that’s what Super Sunday is really about, you know. The Super Bowl parties. The annual XL celebration of Americana, featuring good friends, humongous televisions and a chance to combine buffalo wings, mozzarella sticks and football-shaped cupcakes on the same plate.
There’s also a football game, of course. And that creates one of the most interesting aspects of Super Bowl parties: the mingling…
Read more
More posts