Showing posts from November 2, 2008
Show all

Burning cobwebs is not a good idea 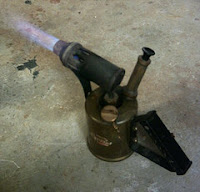 Any house fire is a sad story. It's even more sad when the homeowner is absolutely, 100 percent not at fault. That is not the case in the following story: A single-story home in Sargent was damaged by fire Wednesday morning after the homeowner accidentally set the fire while cleaning cobwebs from the eaves around the exterior of the residence with ... (Drumroll)

Come on, stop laughing and shaking your head. It might seem strange to aim flames toward your home, but those cobwebs can be very pesky. Sticky, too. So who wouldn't be tempted to incinerate the cobwebs instead of sticking a broom or stick up near the exterior of a house?

I actually feel really bad for these people because their home is going to need a lot of repair. Especially after next week, when someone tries to kill a fly on the wall with a spear gun.
2 comments
Read more

Some people need a better way to celebrate

- November 06, 2008
I can only imagine the pride Barack Obama felt as he addressed more than 200,000 people in Grant Park in Chicago late Tuesday night. It was a fabulous speech, as was John McCain's earlier in the night.

Yes, a proud moment for Obama and for the country. But since we are a country of both shining lights and complete idiots ... West Sider Narada Thomas, 23, told police he shot a .22-caliber revolver in the air to “celebrate Obama becoming president." And 37-year-old Andre Murph, of Aurora, shot a 9mm into the ground several times in the 700 block of West 60th Place to express his joy. They might need to express their joy in a jail cell.

Also, there was this: Peer pressure seemed to get the better of 54-year-old Joseph Morgan, who allegedly was caught holding a .22-caliber gun in the air on his back porch in the 5700 block of South Lowe Avenue.

His excuse, according to prosecutors?

“Everybody else is shooting their guns, I figured, ‘Why not?’” Why not? Think a little harder. Yes we c…
Post a Comment
Read more

Humor Me: Dude, I'm getting old

This is a column I wrote a year ago for The Dallas Morning News when I turned 36. But now that I've turned 37, I still feel about the same.

Humor Me: Dude, I'm getting old

My phone conversations with my dad usually follow the same pattern. There's weather talk, followed by sports, politics, updates on the grandkids and, finally, an awkward silence that ends with, "Hold on, I think your mother wants to talk to you."

Yep, it's a pretty strict routine. But there is one wild card that my dad can play at any time:

I never know when that's coming. But I can generally count on it, because my dad's been telling me that since the days when I thought third-graders were the big kids.

Fortunately, my dad left the hell of getting old out of our conversation last week. Either out of courtesy, or quite possibly, forgetfulness, he didn't mention it on my birthday.

And, you know, I thought…
4 comments
Read more 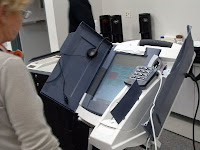 From very unofficial polls and observations, our news team is able to make these early projections on the day of this historic election:

** At least one potential voter will see the line to vote and ditch it to save 25 percent on selected merchandise at Dillard's.

** Somewhere in America, a person will trot out a joke from 2000 that ends with the punchline, "It was a hanging chad!"

** A person will ask their employer for time off to vote and then take a long lunch.

** One potential voter will show up at a voting location without any identification or a voter registration card and then storm out when told he cannot vote. It will be the most entertaining part of the wait in line for the other voters.

** A PTA at an elementary school where voting takes place will raise more than $500 by selling baked goods beyond the election lines.

** Late in the evening, or perhaps tomorrow morning, Barack Obama or John McCain will concede victory to his opponent and then congratulate him befor…
Post a Comment
Read more

- November 04, 2008
One of America's most iconic snack cakes, the Twinkie, is now available in a healthier version.

Well, not really healthier. Just smaller. But that won't stop its maker, Hostess, from trumpeting the 100-calorie Twinkie as an amazing breakthrough in snack-food technology. From the release: Hostess is introducing a great tasting, portion controlled option of the snack cake that has been a part of our popular culture for generations -- the Twinkie. The brand that makes America's most iconic snack cakes is now offering 100 Calorie Pack "Twinkie Bites". Available nationwide, each Hostess 100 Calorie Pack of Twinkie Bites contains three moist and delicious mini Twinkie cakes filled with the brand's signature creme filling. Given that a Twinkie is pretty much nothing but sugar, and perhaps some cut up Nerf balls, these new Twinkies must be seriously mini. But hey, it's still a Twinkie.

On a side note, nothing screams fun like "portion controlled option."