Father's Day: The rollercoaster for dads is worth it 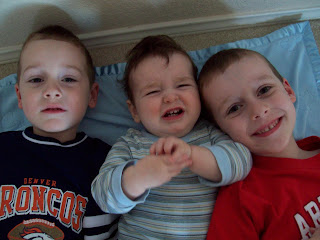 During my son’s recent visit to the pediatrician, the doctor checked his eyes and ears, heart and lungs, and everything that’s part of the annual checkup for a 7-year-old. But before pronouncing my son ready to roll, the doc should’ve checked on one more thing:

Nathan’s schedule for later that day.
Not even two hours after the “well visit,” with his lips still red from the customary goodbye lollipop, Nathan broke his arm. He was playing football at the park and slipped and fell while making a catch. The official family description, which I provided on our next, much-too-soon visit to the doctor, was that Nathan “dropped like a sack of potatoes.” An expensive sack of potatoes.

In the span of five years, that’s four broken bones for my three sons. Ryan, age 12, has broken his nose and foot. Cooper, age 9, has only broken a pinkie, but it required a cast to th…
Read more
More posts