Is Black Friday dying? If so, it's a slow death 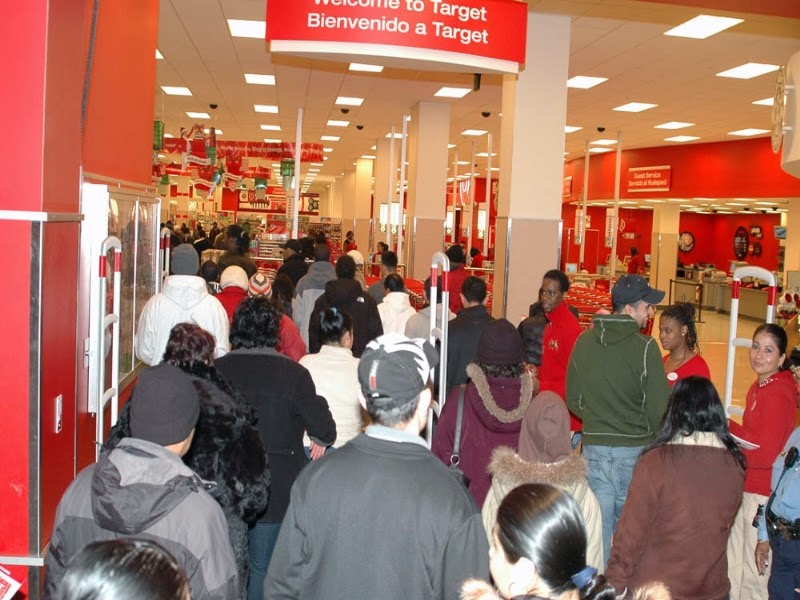 A version of this column first appeared in The Dallas Morning News and on DallasNews.com. Please check out the site.
------------
On the day after Thanksgiving in 2005, I set out to write about the wildness and weirdness of Black Friday. The plan was to be in the thick of the frenzy, experience the adrenaline rush as bargain hunters shifted into turbo mode and be on hand for any moment when Black Friday turned into black-eye Friday.

Which is always possible, of course. Sleep deprivation plus competitiveness can lead to a willingness to get physical over a particularly dazzling item, such as a Sesame Street 2-in-1 Giggle Guitar.
Nine years later, the thing that stands out most about that day – other than the amount of abandoned shopping carts rolling across parking lots -- was the time when the stores began opening. I had to be there at 5 a.m., and I thought that was crazy early.