80s Flashback: Revenge of the Nerds 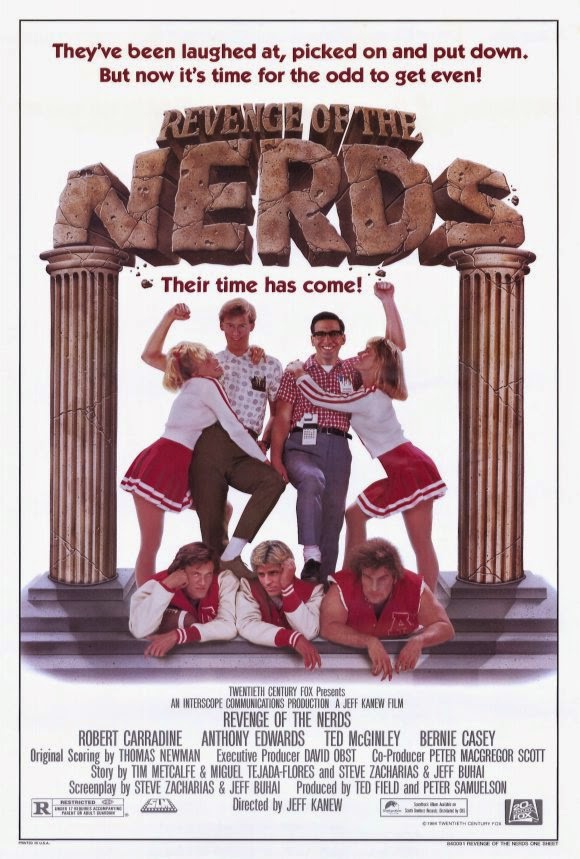 It's Friday, which is always a fun day for an '80s Flashback.

This week's flashback is brought to you by Fun Dip, the candy that is still around now but was especially popular in the '80s. It was recommended by four out of five dentists who wanted to make more money by filling cavities in kids' teeth.

OK ... Can you remember the '80s movie that featured a fictional university called "Adams" with the fictional mascot of "Atoms"?

First guy: "Where are they?"
Second guy: "I think they're talking about us."

Ah yes, they were talking about nerds. Revenge of the Nerds -- I know it well.

I also know that it was filmed on the University of Arizona campus, where I would later attend college. In the clip below, the freshman dorm shown is Cochise Dorm, where I lived for two years. That makes sense, because I was a nerd. But I at least dressed a little better than Louis and Gilbert.